Hard Break is now in Audio 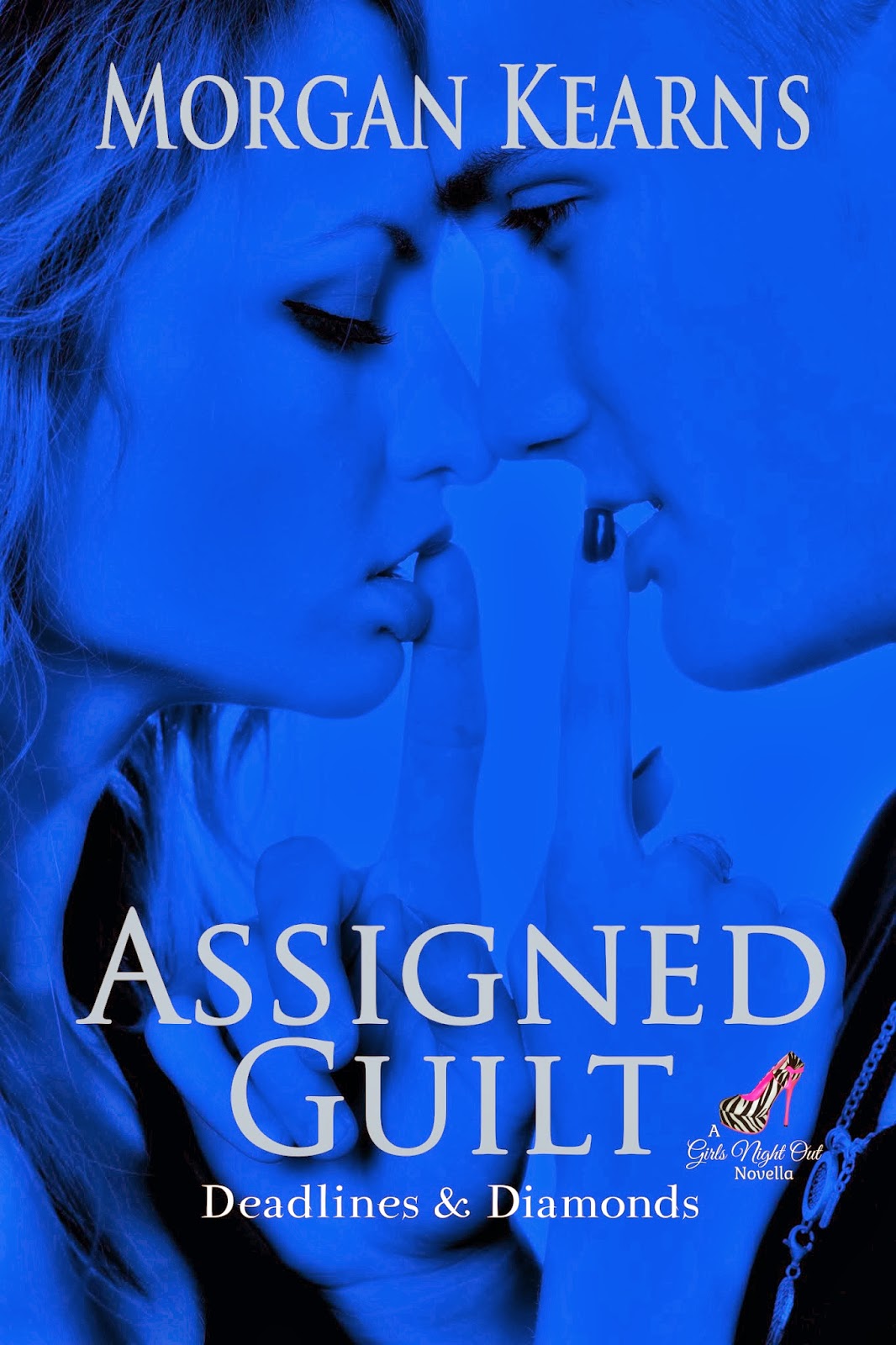 Seeing my book in print is always exciting. 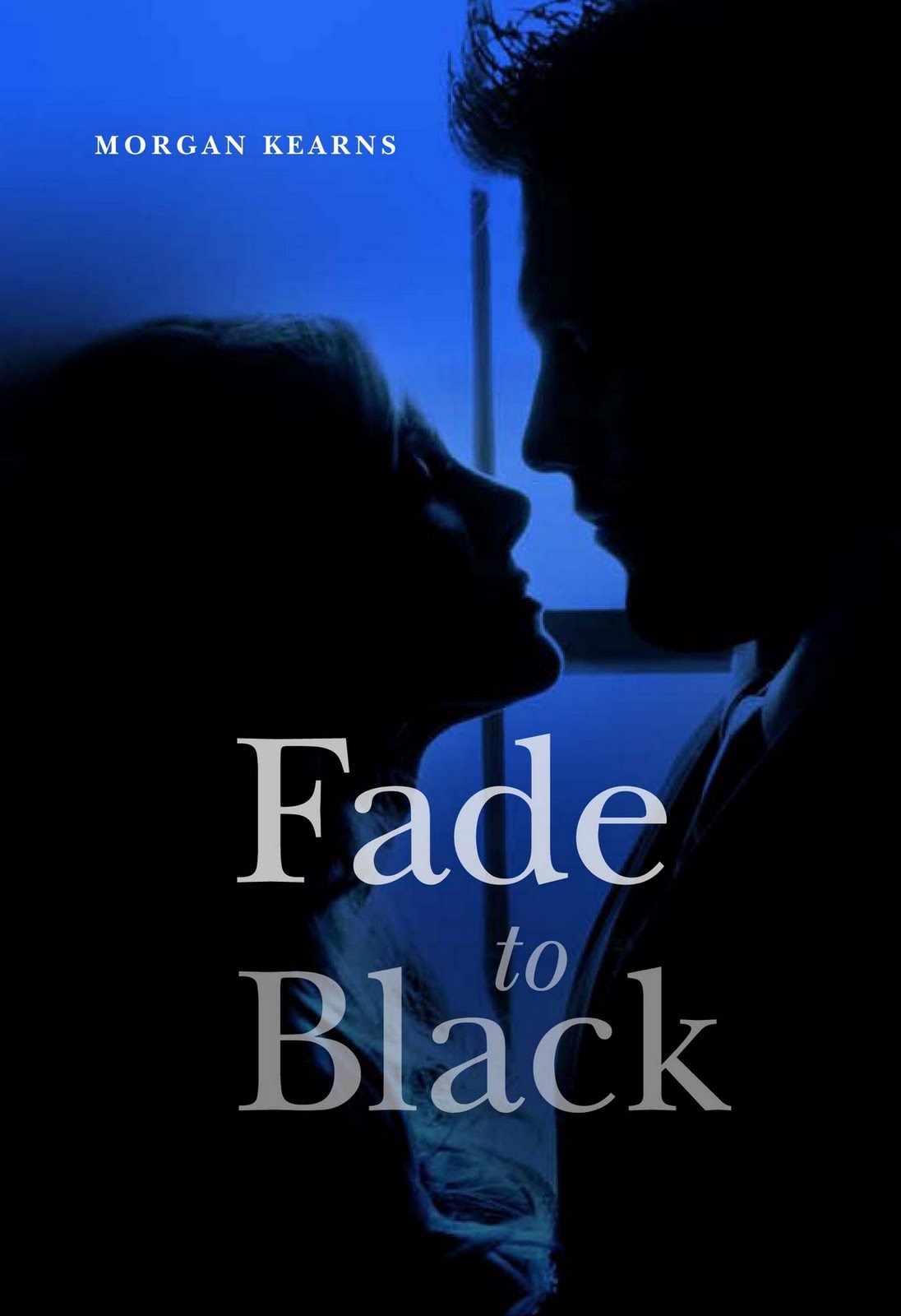 Seeing Fade to Black for the very first time was beyond awesome. 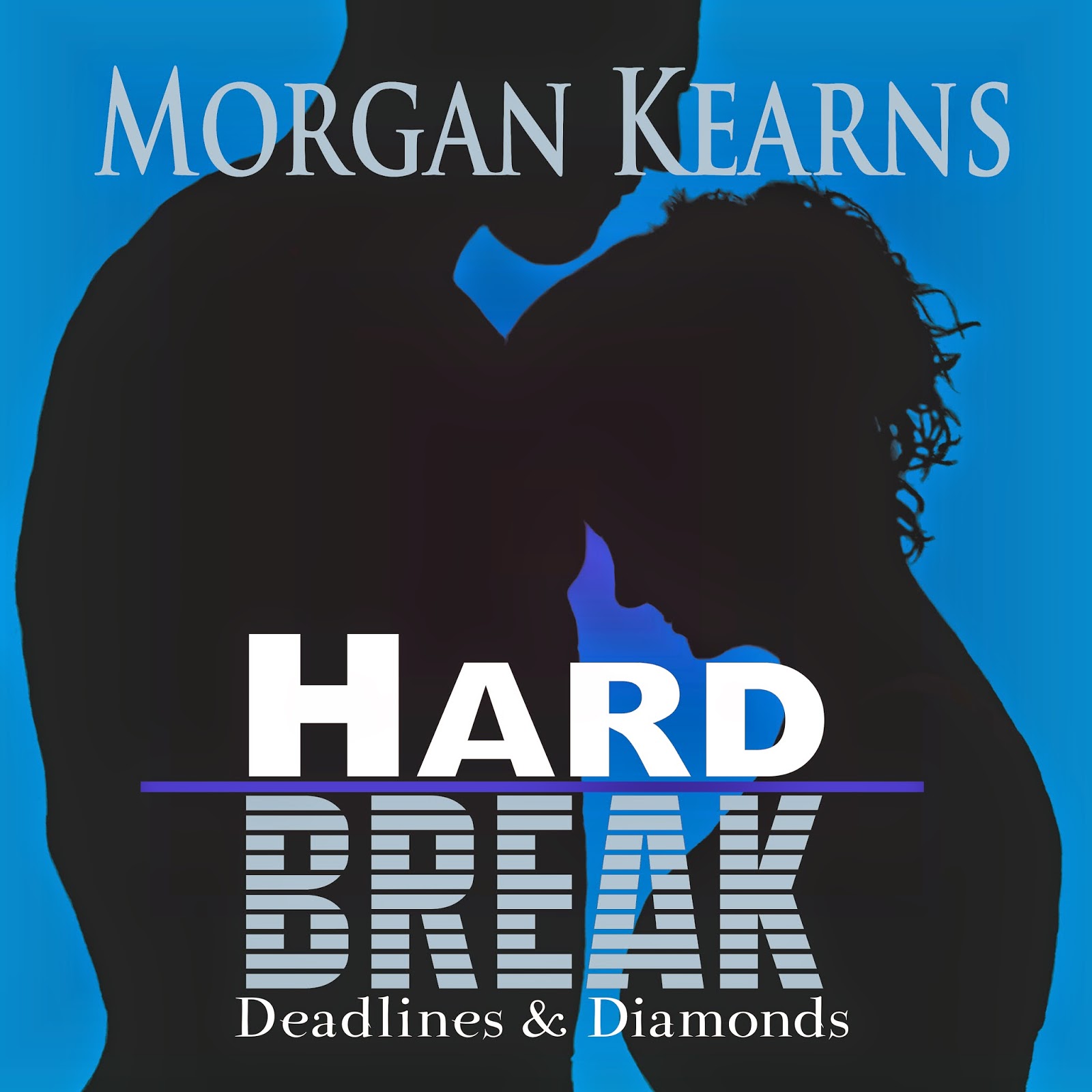 But I have to admit to that being trumped by hearing Hard Break read by a professional narrator.

Get your copy today via Amazon, Audible or iTunes.
Posted by Morgan Kearns at 9:09 PM No comments:

On Sale Now: Heart of a Champion 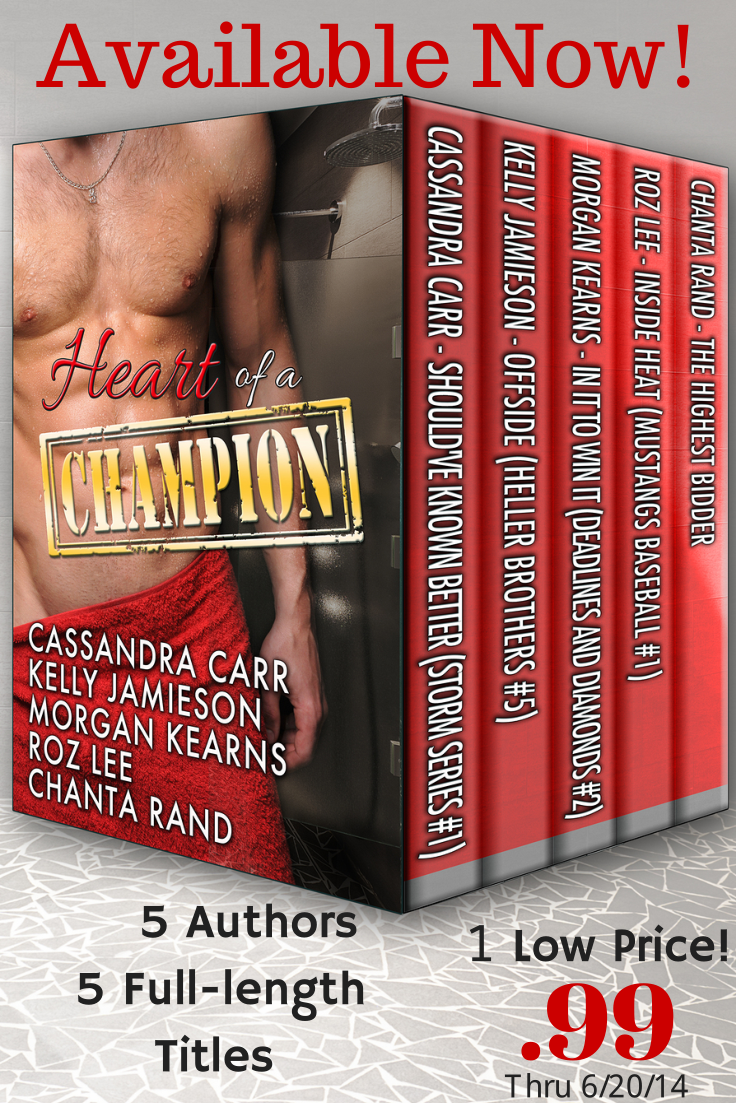 Get your copy today!
Kindle or Nook

Posted by Morgan Kearns at 8:52 PM No comments: 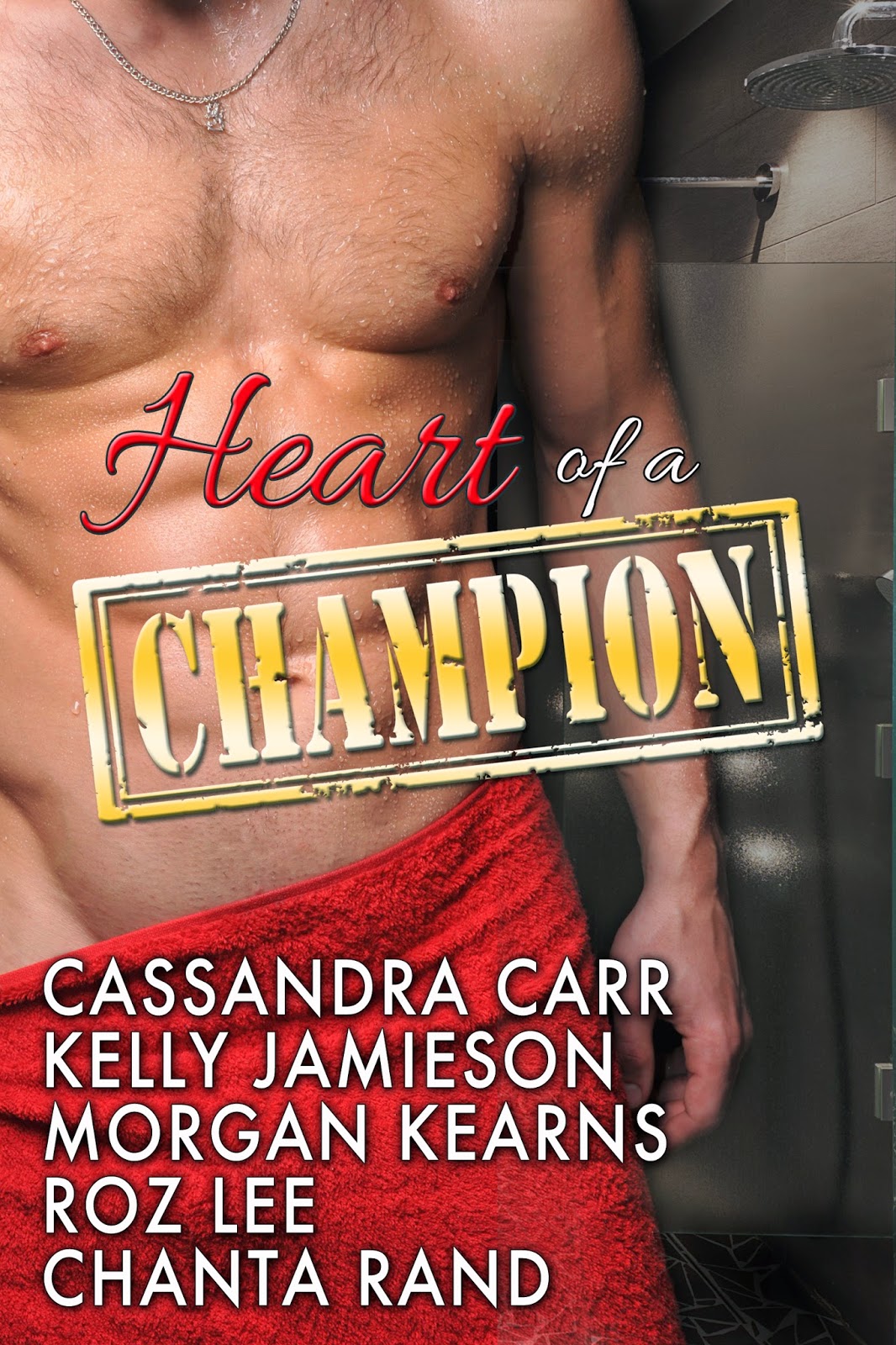 He’s impossible to resist…with a ripped body and a heart of a champion…Valued at over $20, take advantage of the introductory price - just .99 thru 06/20/14. 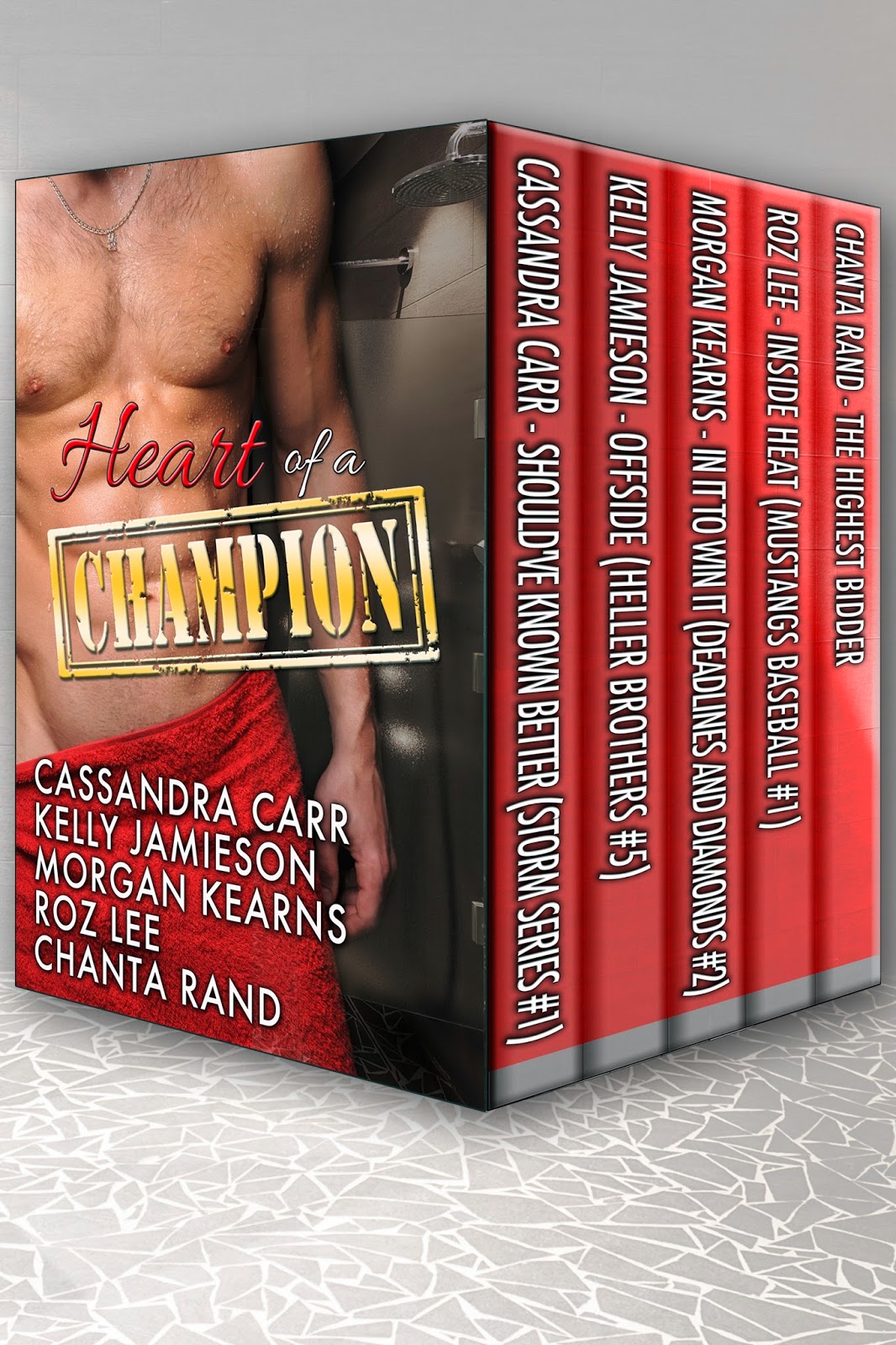 Enjoy football, baseball and hockey heroes in Should've Known Better, Offside, In It To Win It, Inside Heat and The Highest Bidder.

Should've Known Better (Storm Series, #1) by Cassandra Carr - Sarah Jenkins, a math geek and hockey fanatic, is thrilled when the NHL hires her as an advisor for the Buffalo Storm. She meets Sebastian St. Amant, a young hockey player looking to make the jump from the minors to the big leagues. When Sarah and Sebastian meet, sparks immediately fly. A relationship is out of the question—Sarah’s an influential staff member and Sebastian’s a player, not to mention over ten years her junior. But the impossible becomes the necessary when they can no longer fight their attraction. Will they weather the storm, or should they have known better?

Offside (Heller Brothers, #5) by Kelly Jamieson - Honey Holbrook’s attention-grabbing antics were tabloid fodder for years. Now she’s trying to leave her past behind her and make a new life for herself. Matt Heller is recovering from a serious injury that changed his whole outlook on life, determined to resume his hockey career. Neither of them are happy to be working together again after their wild and wicked fling eight years ago ended badly...

In It To Win It (Deadlines & Diamonds, #2) by Morgan Kearns - Back in the day, ‘Plain Jane’ Alexander blended into the background, content to watch from the sidelines while Grayson Pierce soaked up the spotlight. Content until he broke her heart. Bitter, she did the college thing, came out of her shell, and never looked back. Grayson loves baseball. It was his pastime in high school, his passion in college, and now…his career. However baseball isn’t the only thing in Grayson’s heart. He likes fast cars, loose women and expensive liquor. When her job as a Sportscaster sends her to Grayson’s doorstep, she realizes that not everything is as it appears.

Inside Heat (Mustangs Baseball, #1) by Roz Lee - Jeff and Jason are at the top of their game. Jeff is the Texas Mustangs’ closer, revered throughout the Major League for throwing inside heat, while his twin brother Jason is the team’s starting catcher and star hitter. The two have always shared more than their identical DNA, so when they meet Megan, it’s no wonder they both want her.
Megan doesn’t know baseball, but she does know a sexy guy when she sees one - or two. When a potentially career-ending injury sidelines Jeff, his ego takes a hit, too. Megan finds herself on the outside – the dirty little secret. It doesn’t help that Jeff has gotten the wrong impression about her and his brother. It’s all fun and games until someone falls in love.

The Highest Bidder by Chanta Rand - Quarterback Tristan Rexford is a hunter both on and off the football field. With a seven-figure income, a dazzling smile, and a body resembling Michelangelo’s David, he’s every woman’s fantasy.
But Doctor Alexa Kennedy barely has time for her patients, much less fantasies. When it comes to men, she’s short on patience and long on disappointment. When one of the hospital’s board members attends a charity benefit and ends up with the winning bid for a date with Tristan, Alexa is chosen to escort him.
They share a night of passion before Tristan retreats to his glamorous world, leaving her aching for more. Alexa tells herself it was all in the name of charity. She’s too sensible to fall for someone like Tristan. Or is she?
Posted by Morgan Kearns at 8:47 PM No comments: