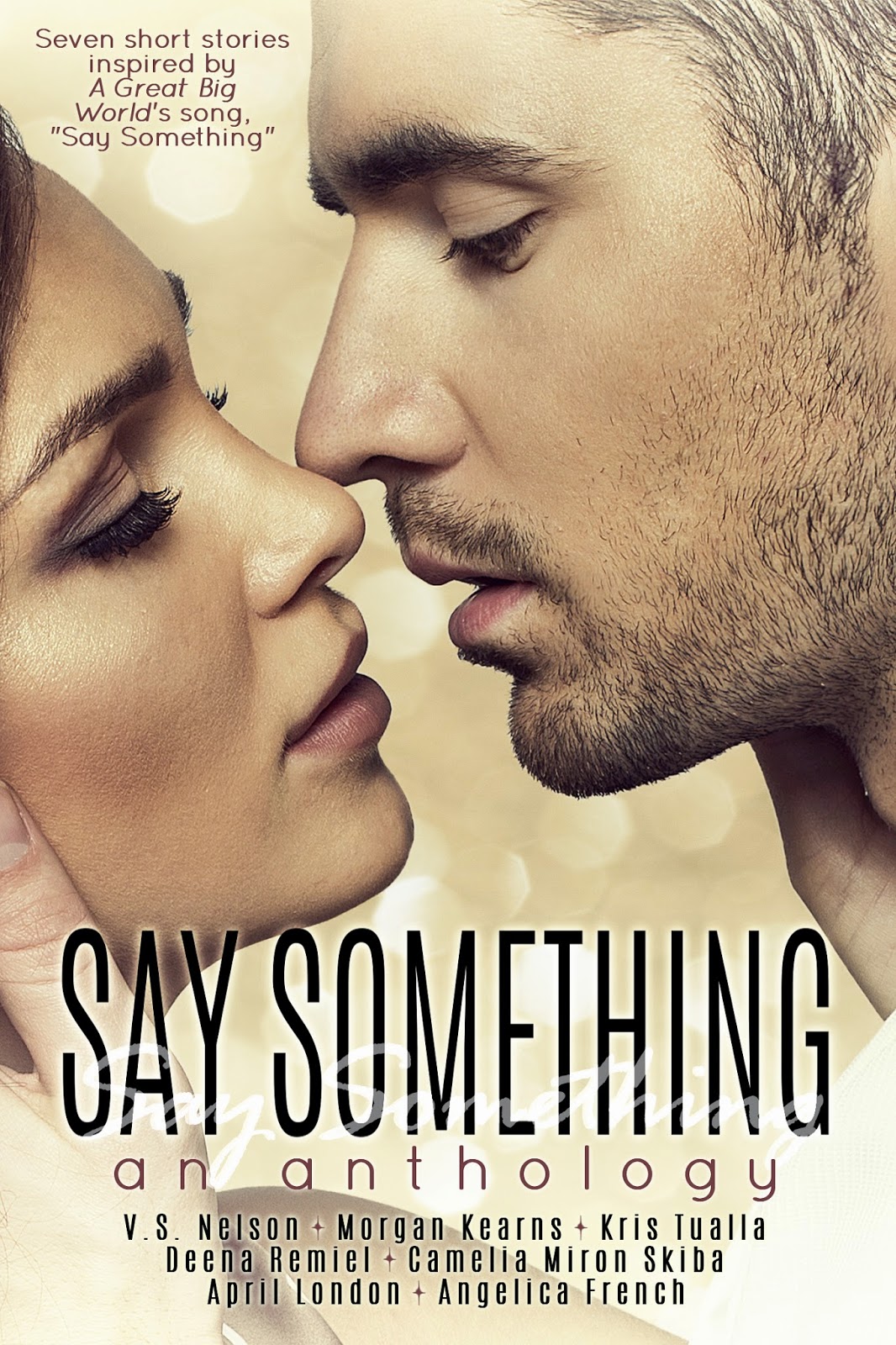 Included in the
Say Something Anthology
is a BRAND NEW
Deadlines & Diamonds short story.

Behind the Scenes
is the story of
Best Friends, Ben & Scarlett.

Falling in love was easy,
admitting it is nearly impossible.

“Have you seen my bra?”
Ben Gillespie looked up from his laptop’s screen to see his best friend standing in the adjoining doorway of their hotel suites. “Did you check the knob behind the bathroom door?”
Scarlett snapped her fingers. “See, that’s why I love you!”
She turned on her bare foot, the bottom of the towel flaring out to show off one toned thigh and the curve of her perfect ass. Heat flared through his body. He picked up his notebook to fan himself. Now he knew how his mother felt. Damn hot flashes!
But that wasn’t the most disturbing part. When the hell had Scarlett Montague become a woman?
Duh. He knew the obvious answer to that. They’d been roommates for a long time—he’d seen her in a lot less than that stupid towel. But it wasn’t until recently he saw her as a woman, having his heart ache for her, recognizing her as his.

Get your copy today via Amazon or B&N.