Save a Turkey: Gobble a Book Blog Tour (November 14th-21st)

Welcome to Morgan's Musings and
the Save a Turkey: Gobble a Book Blog Tour
(November 14th-21st) 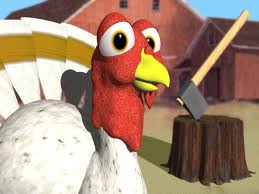 4) MEET AND MINGLE WITH ALL THE AUTHORS & BOOK PAGES! EXPERIENCE A NEW DESTINATION AT EVERY STOP! PARTICIPATE IN EVERY BLOG CONTEST AND BE ENTERED FOR CHANCES TO WIN MULTIPLE PRIZES! EVERY BLOG VISITED IS ANOTHER OPPORTUNITY TO WIN!!

5) PARTICIPATION AT ALL BLOGS IS RECOMMENDED, BUT NOT REQUIRED. REMEMBER, THE MORE BLOGS YOU HOP, THE BETTER YOUR CHANCES OF WINNING PRIZES. EVERY AUTHOR & BOOK PAGE IS WAITING TO MEET AND INTERACT WITH YOU, SO PLEASE BE SURE TO SHOW THEM SOME LOVE!

6) DID I MENTION TO HAVE FUN? WHOO! HOO!! HERE WE GOOOOOOOOOOOO!***Authors & Book Pages have full discretion to choose an alternate winner in the event any winner fails to claim their prize(s) within 72 hours of their name being posted or after notification of win, whichever comes first. Anyone who participates in this blog hop tour is subject to these rules***
It seems anytime a family gets together there's a chance for drama. 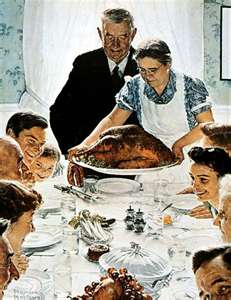 In Fade to Black, Rich goes to Shea's family's
for a simple Thanksgiving dinner.
With her family, though,
there is no such thing as simple
and 'drama' doesn't begin to describe the fireworks.
*****
Excerpt from Fade to Black 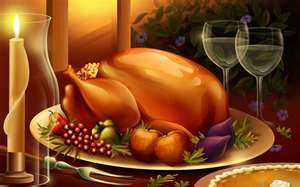 The whole room was quiet, except for the scratching of the chair on the wood floor as Rich slid it out so that he could sit down. Everyone was purposely looking at anything other than the woman sitting next to him.


Something had happened while he’d been in the bathroom, and he didn’t have to be a betting man to wager every last dime he had on what it was. Kate had texted back.


With every ounce of dignity and self control he had, he covered the phone with his palm and slid it into his pocket. He stabbed a piece of turkey with his fork and popped it into his mouth. The once delectable, moist meat was now the consistency and flavor of cardboard.


The soft chinking of forks against the fine china continued around him, but the group refrained from any kind of verbal communication.


Rich took a large swig of wine and continued chewing. A thousand emotions were running through him, but ultimately, he felt like an ass. Shea had accused him numerous times of being a cheating bastard, even though he’d been completely innocent. Technically, he still was—physically.


“Rich,” Shea’s voice brought him out of his thoughts as she spoke right next to his ear, “your whore called.”


His blood began to boil and his fists clenched, as did his jaw. Instead of shrugging off her insult, like he should have… “Don’t ever call Kate that. She is not a whore,” he snarled, scooted the chair away from the table, and stood.


She stood to meet him, her glare colder than the ice floating in the water pitcher. “So you’re not denying there’s something between you?”


Sharlice leaned forward, resting her chin in her hand.


“Shea, I am not having this conversation in front of an audience?”


Her hands were clenched into fists as she stood there seething. “Why not, Rich?”


“You’re not my family,” he spat, striding toward the door.


And with that, the Mikasa flew. A plate full of food soared past him like a Frisbee and smashed against the wall.


He turned to meet Shea’s murderous gaze. “There is nothing between Kate and me. She is nothing more than a friend. In fact, she has a boyfriend that she is absolutely crazy about.” His voice was strong, defiant, for which he was grateful.


Every last one of his words was true, but hearing them out loud caused his heart to become very heavy in his chest. He wanted to be able to tell Shea that he had feelings for Kate. That she cared for him too. But, that wasn’t right either. As long as he was married to Shea, there was even less of a chance of a future with Kate. That needed to be rectified.


Shea and the rest of her family were motionless as Rich dared any of them to contradict what he’d just said. His overwhelming instinct to defend and protect Kate was raging, and he would do so even if it came as a detriment to him.


After an awkward silence, he took his jacket off the back of a chair by the door and stepped out into the sanity of the real world.


He whirled around and glared at her. “Honey? Are you kidding me?” She reached out toward him and he jerked away from her grasp. “Hell, no! We are so not doing this right now. You’ve already produced enough of a drama in the house.”


“I’m sure you think you love me. But, Shea, the way you treat me can in no way be construed as love. Disdain? Hatred? Yeah, that’s how I’d perceive it.”


She started to cry, dropping her head into her hands. “I’m sorry,” she sobbed. “We can work through this.” She walked over and leaned against his chest, and being the pathetic fool he was, his arms eased up around her.


“Shea, honesty is important in a marriage.”


She sniffed, and he hoped there wasn’t a trail of mucus left on his shirt. “I know.”


“Have you always been honest with me?”


She launched herself out of his arms and put her hands on her hips. “So that’s how it’s going to be, huh? You’re feeling guilty, so you’re going to throw it back on me.”


“Whatever, Shea.” He opened the door to the car.


The look of hatred in her eyes was one that Rich had never seen before. He wondered if he had finally pushed her too far. She stood in the middle of the road, hands on her hips, glaring down the street after him as he drove away.
Going home was going to be hell tonight. 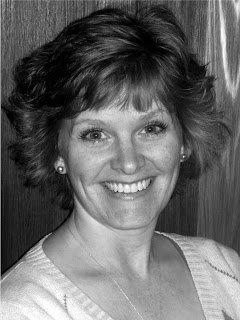 I am Morgan Kearns;
former journalist, current author,
and mother of four young children
just to keep things interesting.
Thanks for stopping by.
I hope you enjoyed the excerpt!
To enter my Save a Turkey giveaway:
1) Follow Morgan's Musings
2) "Like" my FB fanpage
3) Join me on Twitter, tweet about the hop.
4) Become a fan on Goodreads
5) Most importantly, leave a comment with your email address so that I can contact you if you're the winner. 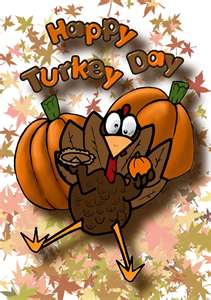 The PRIZE:
Three (3) lucky commenters will receive a digital copy of Fade to Black.

There are lots more great prizes to be won. KEEP HOPPING!