I'd like to tell you about the day I came face to face with
Enrique "Ricky" Santiago because...
well, it's kinda hilarious!

To hear my 12-year-old son tell the story, I picked Ryan up in a bar in Vegas.

This, however, is the REAL story! 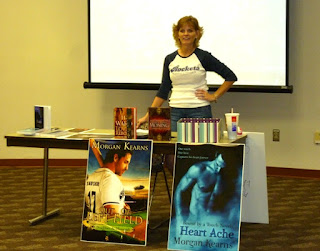 In April of 2012, I went to speak to the Las Vegas Romance Writers of America on the Importance of Cover Art. (It's very, very important, just in case you wondered.)

After the presentation, Siobhan Muir and I returned to the hotel. In the lobby a man approached us, asking if we wanted to take a picture with him.

Before you panic, he wasn't a stalker or an insane person, it was his job.

This IS Vegas, after all.

And taking pictures with random sexy guys is ... normal! 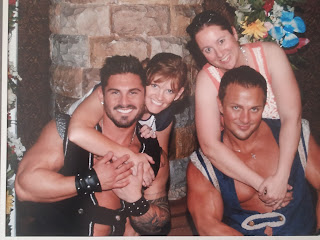 As we walked up to the backdrop, another random sexy guy strolled up. He smiled and my heart stopped. He spoke and I nearly fainted. He crossed his arms over his chest. I blinked.

This stranger was Enrique Santiago.

The figment of my imagination, personified. His smile, his mannerisms, even his laugh were Ricky!


I stammered my way through who I was and what I did. When I asked if he'd be interested in being on a book cover, he looked at me like I'd lost my freakin' mind. Who knows, maybe I had.

It only took showing him my other covers on my cell phone and giving him my business card (See, they are good to have.) to get him to say, "Oh my God, you're for real!"

I have to admit to being a little surprised he gave me his phone number. I thought for sure it'd be some honest-to-goodness crazy person and the joke would be on me. 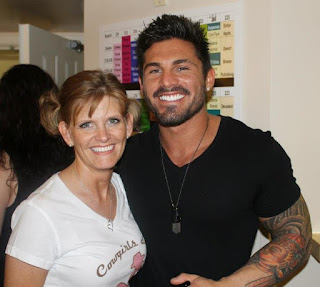 So as I texted him for the first time, a week or so later, my stomach did those little flip-flops of anticipating a "Who the hell are you? And why are you texting me?" response.

Imagine my surprise when Ryan actually texted back!

I invited him to Arizona Dreamin' to participate in the Man of Our Dreams contest. He politely said he'd love to. I don't think he had any clue what he would be in for. Ready or not, Ryan had a great time! 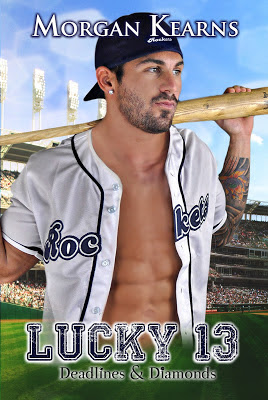 LUCKY 13
(Deadlines & Diamonds, #4)
is currently available via Kindle, Nook, other Ebook
as well as paperback. 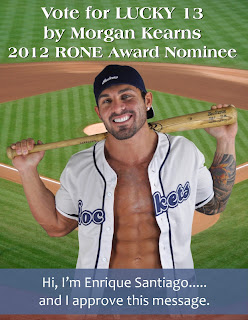 "Please vote for LUCKY 13
by MORGAN KEARNS
for BEST CONTEMPORARY:
JOCKS, COPS and COWBOYS."
~I am Enrique Santiago
and I approve this message.